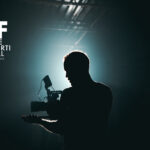 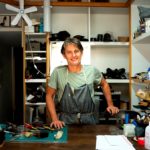 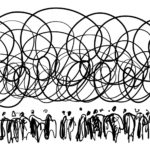 Transcultural narratives from the Middle east and North Africa. Curated by Roi Saade

SEVEN BY SEVEN. Transcultural narratives from the Middle east and North Africa. Curated by Roi Saade

For the current security statement, free access to the event in the hall will be allowed to a maximum of 35 people.
Reservation is recommended
Information:
info.mad@muse.comune.fi.it | 055.2476873

Special highlight of this edition of Middle East Now festival is the exhibition “7X7 SEVEN BY SEVEN. Transcultural Narratives from the Middle East and North Africa“, an original project produced by Middle East Now Festival, conceived and curated by Roï Saade and co-produced by Murate Art District.

The result, SEVEN BY SEVEN, is a collective voice and vision, and at the same time a set of personal and highly original points of view on the life of people in the Middle East, a visual narrative alternative to the media representation of these cities, very often negative and linked to the facts of news and geopolitics.

“In these times of revolutions, unrest, exclusion and individualism, photography can play a fundamental role in building bridges between communities in the Middle East and North Africa. The aim of this project is to explore the differences and similarities found in each city and celebrate their diversity and complexity“. , Roï Saade.

As an integral part of the project, the curator has created, exclusively for the festival, 7 newspapers that can be browsed in the exhibition: 7 newspapers in whose pages the story is developed through images of every day of a hypothetical week in the Middle East.

SEVEN BY SEVEN is also presented through a special online platform – 7×7.middleastnow.it – which allows visitors to digitally explore the work of the 7 photographers and their visual account of the cities in which they live.

The exhibition was coordinated by Alessandra Capodacqua, and the exhibition design was curated by Archivio Personale. 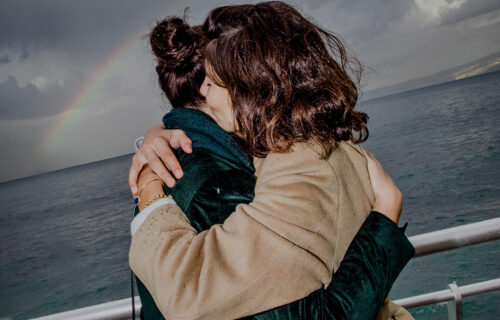 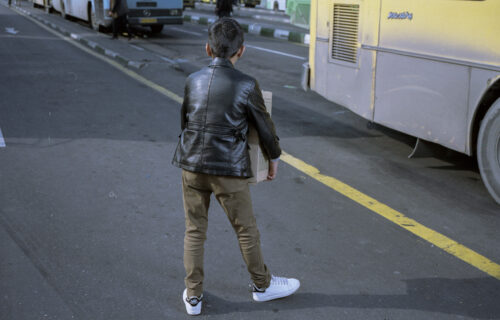 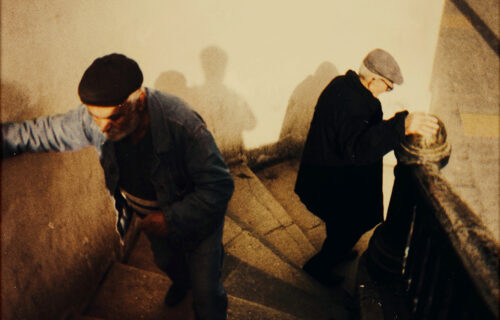 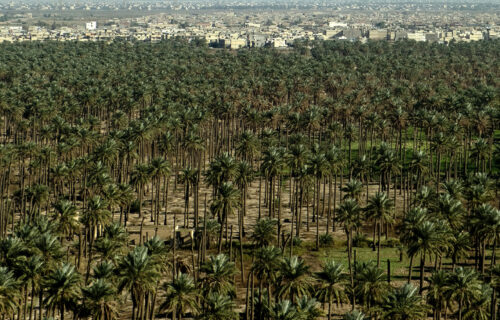 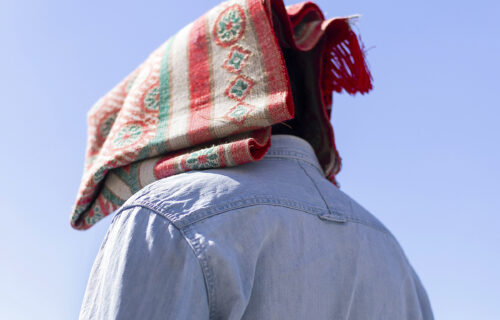 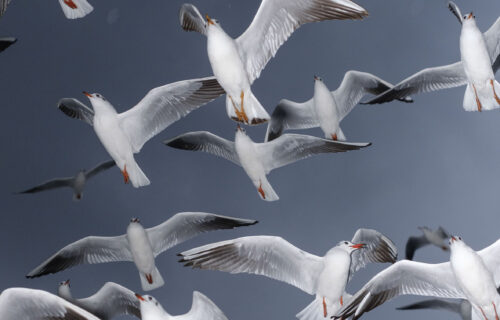 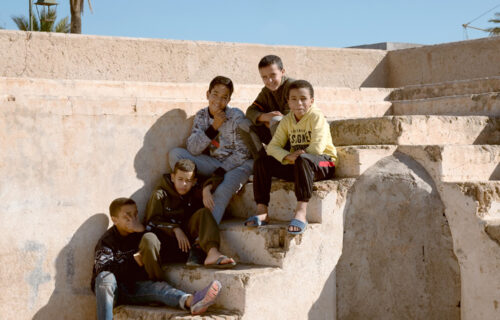 SEVEN BY SEVEN 7 newspapers in whose pages the story is developed through images of every day of a hypothetical week in the Middle East.

Mouad Abillat is a photographer and director from Morocco. Mouad has a degree of the Audiovisual Technician, studied photography and script writing which has influenced his style leading to develop an interest in storytelling. Photographing youth on the streets of Marrakech, Mouad strives to portray the contradictions and struggle with self-definition the young generation faces today. The authenticity of the environment strikes with its new, unperceived before beautiful angles and enables the emotion or lack of such to fill the photographic spaces and relate the story of unique personalities.

Born in 1988, walking in Istanbul. In 2017 Erdem published his book, Free Fall along with two zines published in 2018 and 2019 respectively. He has had solo and group exhibitions in Turkey, Italy, France and more.

Reem Falaknaz is a photographer who’s work documents the social and physical landscape of the UAE and its inhabitants. In 2014, she took part in the Arab Documentary Photography Program that is funded by the Arab Fund for Art and Culture, the Prince Claus Fund, and Magnum Foundation. Her commissions include UAE’s National Pavilion at the 2016 Venice Architecture Biennale, and 2020 Lahore Biennale.

Amir Hazim is an artist and photographer based in Baghdad.
He graduated from university of Baghdad college of fine arts and started professional photography in 2019. Hazim published in Arab news and the National and many others.
He Currently lives in Baghdad, Iraq.

Abdo was born in 1982 in Oran, Algeria to a Sudanese father and an Algerian mother. Abdo studied Telecommunications Engineering at the University of Sirte, Libya until 2006. In 2012, he undertook an internship at Magnum Photos Paris, which gave him the opportunity to reflect on his photographic approach and make his first story for the magazine ‘Rukh’. His photographs have been published by a number of printed and online magazines as well as by newspapers. In 2015, he received a nomination for Magnum Foundation Emergency Fund and in 2016 his series ‘Diary:Exile’ was selected by the Addis Fotofest. Abdo in 2019 won The CAP Prize(Contemporary African Photography) for his ongoing project “Dry”, in the same year he is selected for Joop Swart Masterclass by World Press Photo.

Sina Shiri was born in Rasht, Iran in 1991.
He started photography at the age 16 and since then he worked in different Iranian news agencies and magazines as a photographer.
Nowadays he is a freelance photographer and his focus is on Social issues.

Born in Beirut in 1992, Myriam Boulos graduated with a master degree in photography from the Academie Libanaise des Beaux Arts in 2015.
She took part in both national and international collective exhibitions, including Photomed, Beirut Art Fair, Berlin PhotoWeek, Mashreq to Maghreb (Dresden, Germany), Beyond boundaries (New York), C’est Beyrouth (Paris) and 3ème biennale des photographes du monde arabe (Paris). She received the Byblos Bank Award for Photography in 2014, which lead to her first solo exhibition at the Byblos Bank in April 2015. Her second solo exhibition took place at the French institute of Lebanon in 2019. She is also a constitutive member of the Gemini Collective (Michèle Standjofski, Laura-Joy Boulos and herself) with whom she exhibited their first project, Disorder(s) in Beirut, at the Galerie Janine Rubeiz then at the Griesbad Gallery in Ulm, Germany.

Myriam uses her camera to question the city, its people, and her place among them. Her photo series are a mix of documentary and personal research. 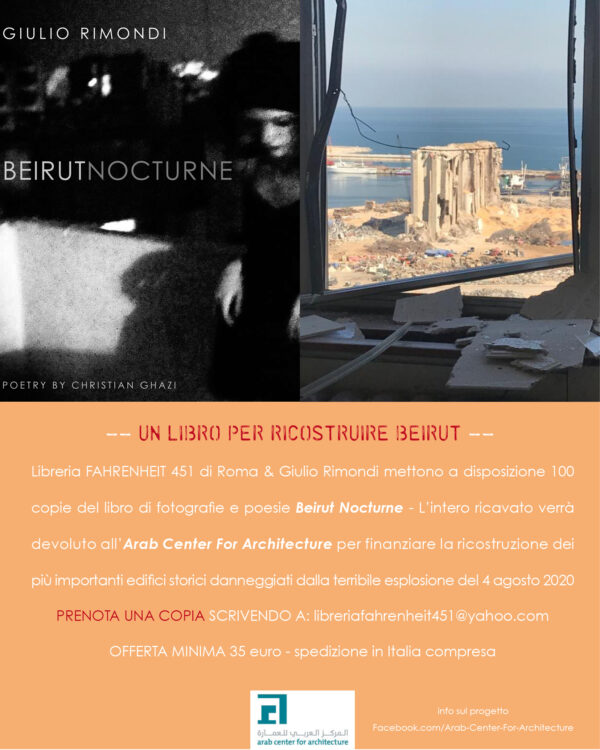 A Book to Rebuild Beirut

Photographer Giulio Rimondi donates the sale of his book to the Association Arab Center For Architecture
Bookshop FAHRENHEIT 451 in Rome and the author provide 100 copies of the book BIRUT NOCTURNE.
The entire proceeds will be donated to finance the reconstruction of the most important historical buildings damaged by the explosion on 4th August.
Book a copy by writing to
libreriafahrenheit@yahoo.com
MINIMUM OFFER 35€ – shipping in Italy included